We often find ourselves in the midst of a conflict without realizing how we got there and without really thinking about how we can find our way out. Or, since there are three instinctual ways of reacting to conflict (fight, flight, comply), we may find ourselves avoiding a conflict or simply submitting to others and suffering the consequences that come along with those choices. Either way, we end up dissatisfied and frustrated, wasting a lot of time and energy when we don’t have to.

The ability to manage conflict is a skill that every leader needs. In fact, it is one that every person should have if they want to lead happier, more-effective lives. There are a lot of books and other resources available on the techniques of conflict management, so I won’t try to add to that literature here. Instead, I want to talk about the first question everyone should ask when they find themselves faced with a conflict: “What kind of game are we playing?”

Game theory is the study of models of conflict and cooperation between rational decisions-makers. It was famously highlighted in the movie “A Beautiful Mind” about John Nash, who won a Nobel Prize for his contributions to the field. (The Nash character, played by Russell Crowe, has his initial breakthrough during his college years when figuring out the best strategy for meeting women at the bar–I don’t think that was quite how it worked for the real Nash…)

Game theorists understand that there are, in general, only three kinds of games: win-win, win-lose, and lose-lose. (Please note that I am using the word “game” in the rest of this article the way it is used in game theory, not to trivialize the interactions or conflicts I am discussing.)

A win-win game is an interaction in which both sides have a potential benefit. These are the best kind of “games” and we should seek to engage in them whenever possible and work to maximize everyone’s gain.

The worst kind of games are lose-lose; interactions that have no positive outcome for anyone. When we find ourselves in such as game we should cut our losses and leave the game as quickly as possible because the only alternative is to suffer greater loss.

Win-lose games are, for better or worse, a fact of life. Some people enjoy them and others don’t, but they should be engaged in with integrity and passion when win-win is not an option. Only one team can win the championship, contracts are usually only awarded to one bidder; a company cannot succeed in the long-term if they don’t play win in the marketplace.

When trying to figure out how to handle a conflict or approach a potential collaboration, it helps to take a moment to see the situation as a “game” and identify which variation of a game you are playing and then strategizing accordingly. You can’t succeed in a game if you are playing by the wrong rules and using tactics that don’t fit the circumstances.

If you are caught in a “lose-lose” game, for example, but see but see it as a win-lose game you are trying to win, your loss will be far greater than if you understood that there could be no winner. Pyrrhic victories are rarely worth the cost.

If you are playing a win-win game as if it were a win-lose game, you will forfeit the opportunity to gain the good will of, and potential for future collaboration with, the other player.

If you are playing a win-lose game as if it were a win-win game, you will not be assertive enough and you will end up empty-handed in the end.

In countless situations in life you can’t pick the right strategy and tactics if you don’t stop to think about what kind of game you are playing.

Here is a familiar example of what this can look like at work:

Acme Widget Company, Inc. is a rapidly expanding enterprise that produces widgets for customers around the world. Robert was the operations leader for the plant in a “high-cost” country and his plant was known for producing widgets of the highest-quality, but they were often behind schedule and their products were too expensive.

The company started shifting more and more of its production to its plant in a “low-cost” country, where Marcus was the operations leader. Marcus’s plant was known for its ability to produce widgets cheaply and quickly, but the quality was sometimes poor.

The CEO told Robert and Marcus to work together to share knowledge and resources to harmonize cost, quality, and speed. It was clear to everyone that doing so was in the long-term interest of the company, but Robert and Marcus clashed constantly. On the surface their battles were based on Robert’s frustration with the quality of the widgets that came out of Marcus’s plant and the lack of transparency regarding quality-control practices, whereas Marcus was frustrated with Robert’s lack of responsiveness to his requests and Robert’s unwillingness to shift resources out of his plant. They were playing as if they were engaged in a win-lose battle where Robert’s gain was Marcus’s loss, and vice versa.

Robert and Marcus were stuck in what seemed like an intractable battle, because neither of them were taking the time to look at what kind of game they were engaged in and what kind they should be playing instead. Had they stopped to pay attention, they would both realize that the long-term interests of the company—interests that would benefit both of them individually as well—depended on their cooperation. The company and each of them had something to gain from effective collaboration, so they could have been playing a win-win game. They took an opportunity for mutual gain and collaboration and turned it into combat. As a result, the company suffered.

Situations are often more nuanced than this, but smart leaders take the time to think about how they can set up win-win situations whenever possible. While the true nature of the game for Robert and Marcus was win-win, it would be more challenging to make the factory workers who might lose their jobs at the end of the realignment of operations see the game the same way. A smart leader, however, will find a way to change the game to win-win if at all possible, such as helping the potential “losers” of the game find new jobs inside the company or elsewhere, providing retraining or career consulting and reasonable severance packages, etc. Changing the game when possible and helping the players understand the nature of that game increases collaboration and morale across the organization.

In short, good leaders know what kind of game they are playing and they play accordingly.

Life is full of games—they occur anytime we try to influence people either through potential conflict or potential collaboration. I am currently trying to get my sons to put their baseball equipment away after their practices and games, a task that seems unaccomplishable to them. I (naively, perhaps) plan to win this game, but rather than take a win-lose approach where they will be punished for not doing what I tell them to do I will focus on the positive outcomes that will benefit them in the long-term—if they do what I want I will be more lenient when it comes to playing Fortnite, they will have less stress on game day, they will build the important life skill of taking care of their possessions, etc. 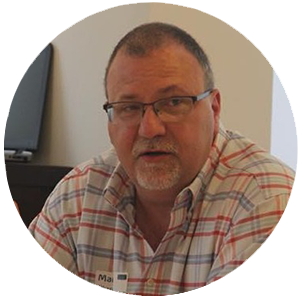